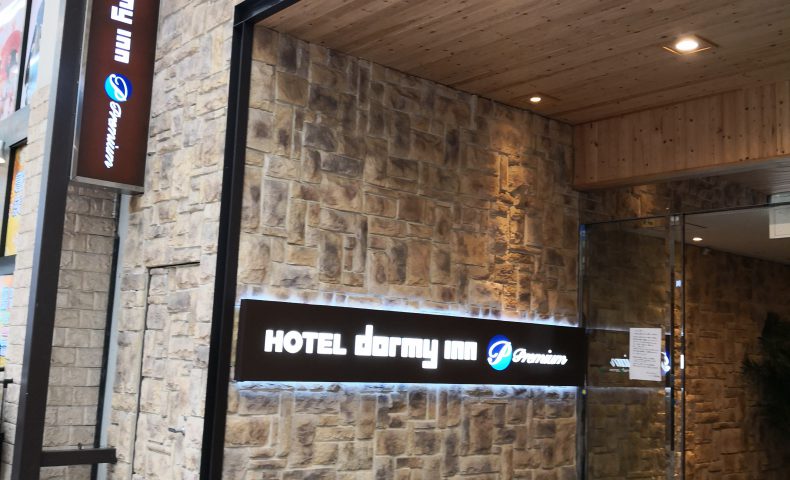 The moment of Earth Shaking

I was sleeping in the Hotel in Sapporo the capital of Hokkaido at that time, and felt the longer earthshaking for about 20 seconds which made me wake up as was natural.

I immediately looked for wards “Hokkaido Jishin” means The earthquake on Hokkaido by using Twitter.

Twitter is really useful application in the time of disaster.

If I looked for it on Google, information about earthquake would be not as gathered as Twitter.

Let me get back to the original topic.

About an hour later, there was black-out in the hotel, and I tried to run water, but the water was cutoff.

I went down the stairs and talked to concierge on the front desk to apply for extending my stay, because I thought that power and water would be restored.

Many guests in the dark asked concierge similar questions about train operation, flight operation , taxi operation and so on.

After applying for it, I went out from the hotel and went to a convenience store to buy water and snack foods.

However, there was a long-line in the convenience store and many items of food was sold out. 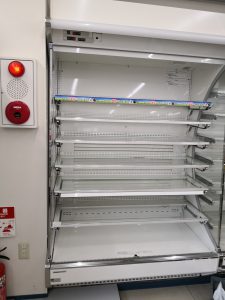 I gave up buying water and foods, because the line was too long, though I regretted it later.

At 10.00 am local time, I went to Sapporo station to see the situation of the station with my own eyes.

I see it in the dark and thought that the train operation would resume in about a day and a half.

The following picture suspension of all trains service in Sapporo station at that time.

As follows, it was dark in the station, and there were many people waiting for the train’s resuming.

It would be wasted because all trains resumed operation on Fri 7th Sept evening time.

It was dark in the station on Thu 6th Sept.

Since I don’t have anything else to do but wait for water and power to be restored, I walked about in the Ohdori park to kill time for a few hours and discovered that public drinking fountain was playing.

I collected Plastic bottles from the trash box in the park to get water, and run water in the bottles. 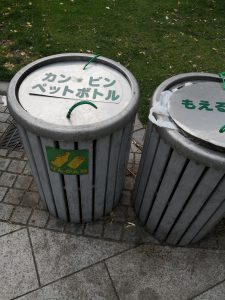 a trash box in the park

I walked around the park and talked with some tourists from China, Korea, and UK.

They all said “It’s unlucky”. Some of them was going to another spot right away in Hokkaido by using a Taxi. I said “It will be so expensive” to them, but they said “There is no way “.

After a few hours, I decided to come back to the hotel.

The following pictures which I took on my way to the Hotel shows the trouble of signals due to power cut.

Regardless of that situation, the traffic was relatively heavy and pedestrians needed to across the road. That was scary. 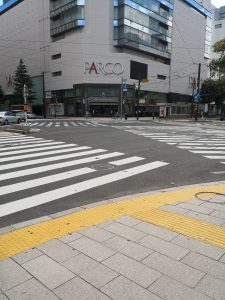 The trouble of signals in Sapporo Thu 6th Sept

At 17.00 pm local time, I got back to the hotel. The hotel prepared a dinner on the dining room. I appreciated for it, because I haven’t eaten anything that day.

Also they supply me with mineral water.

The hotel staffs  have kept explaining about info on the situation of traffics, power, and water to many guests many times, so that their voices have gotten horse.

I felt “What makes you say that!” that time. That was beyond human control!

I guessed that mention was due to the idea of “OMOTENASHI”. “OMOTENASHI” means Japanese Kind Hospitality.

I feel sometimes the idea of “OMOTENASHI” is  close to Japanese self-sacrificing spirit and scare it.

Let’s get back on track.

After the dinner, getting back to my room, I took a shower. But how?

I used the water which I draw at the park. It was cold and very good!

Since I was tired, I went to bed early that day.

At about 5.00 am local time on 7th September 2018, The power was back, and the water recovered on the hotel. 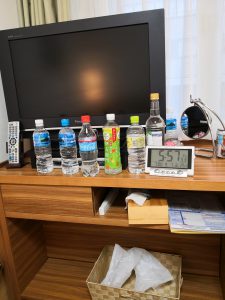 Having had a lot of work piled up due to the power cut, I finished it in the morning.

At about 13.00 pm local time, I decided to go to Sapporo station to see the situation of train’s resuming. It was said the train would resume operation coming soon, though that situation haven’t changed. So I guessed it could be on the next day for trains and Flights to resume operation. 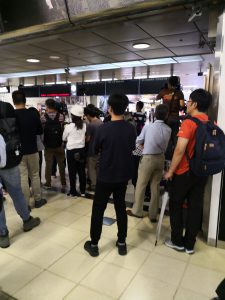 At about 20.00 pm local time, I found the Sapporo city’s restaurants  recovered and resumed business. 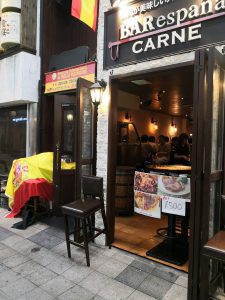 At night 7th September 2018, the restaurant of Sapporo city 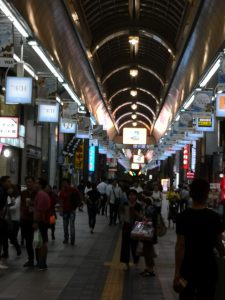 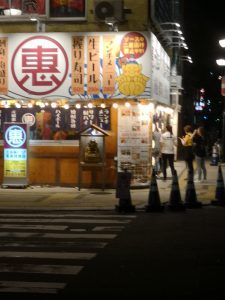 The restaurant of Sapporo city 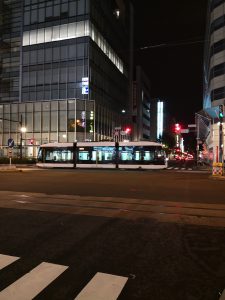 The traffics of Sapporo city

At about 21:00 pm local time, I found the train had gotten recovered. 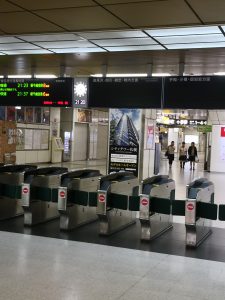 The ticket gates of Sapporo station

At evening on 8th September 2018, I have just left Sapporo city. 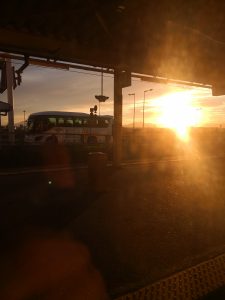 The government published they will make the Hotel’s charge of Hokkaido discount as Policy of disaster recovery promotion on 20th Sept 2018. So I would like the readers to visit Hokkaido and enjoy magnificent natural landscape by using the policy!

I hope for a rapid recovery for both the people and areas affected by this disaster. 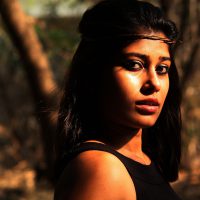